We pulled up to the border, rolled down the windows and handed over our passports.
The guard ran them through the computer, looking us over with a critical eye.

A smile of fond recollection flitted across the guard's face.

The smile dropped. "What's that, now? They're closing?"

He hands back the passports with a sigh and waves us through. "Ya'll have a good evening now ..."

Clearly I'm not the only one with a heavy heart over Violi's closing for good this weekend. Even the border guards know it, whether they've been there themselves or from waving through visitors who have nothing more to declare than a Styrofoam box filled with half-eaten cheesecake and a full belly. 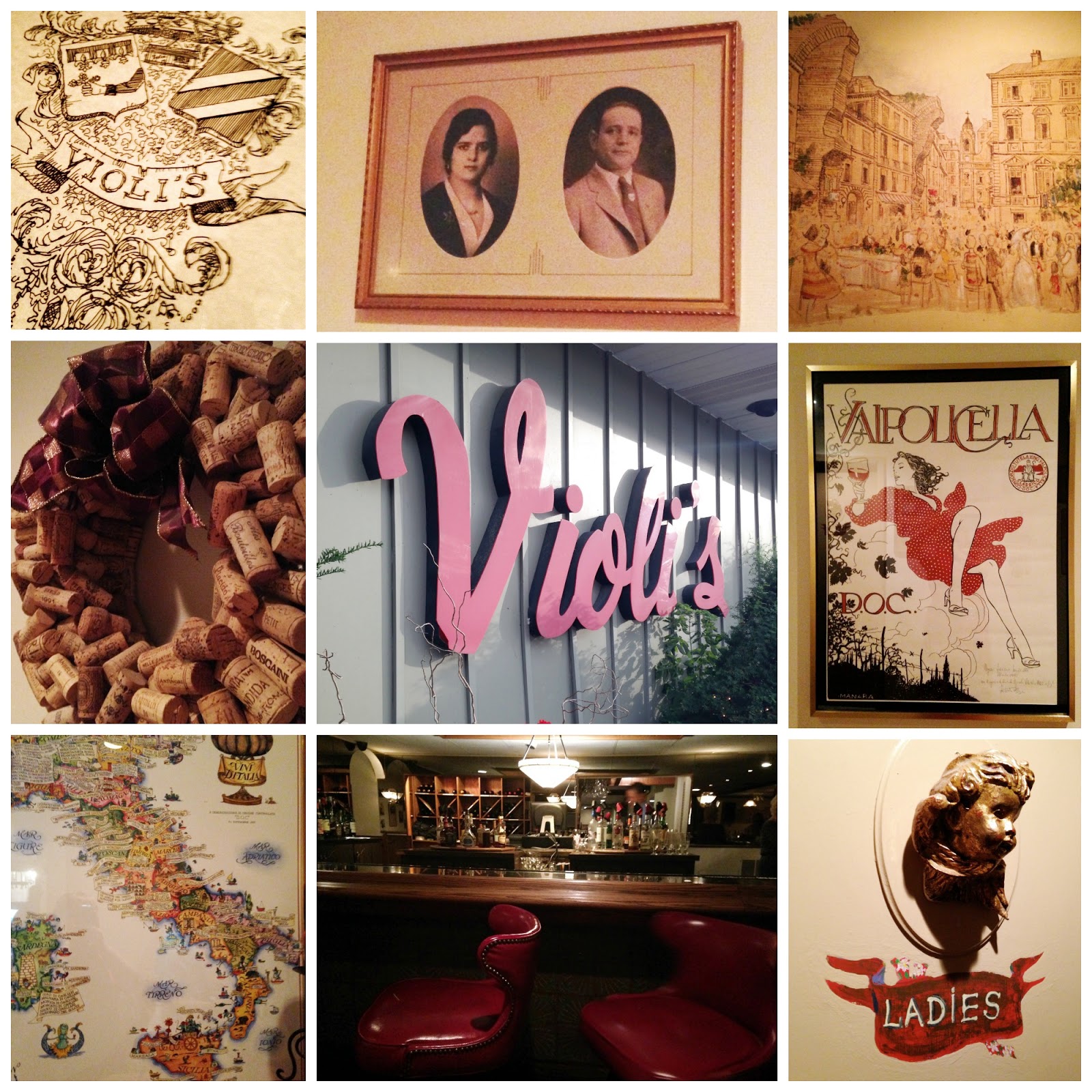 I can't recall a time when Violi's restaurant and its tight-knit cadre didn't figure prominently in my life. Growing up, it was a weekly staple. Mum worked full time, so there were exhausting days when cooking just wasn't in the cards. "Wash up, we're going to Violi's," she would announce. My brother and I were ecstatic, every time.

There was something almost magical about Violi's, and I could never pin it down to just one thing. The bar, with its red leather seats and brass rail, the jukebox into which countless quarters would be fed. Portraits of la famiglia gazing solemnly down on guests as they filed through to the dining room. The long benches that were great to hide in and slide along as a kid. The spooky telephone booth (with a real, rotary-dial telephone!) The bottomless Kiddie Cocktails. Memories vivid and plentiful, from a lifetime of going to "Voh-lees".

Rosario and Maria Violi first opened a diner in Massena, New York, in 1945. Two years later they bought a place on Center Street, which became the permanent home to their fine dining establishment for more than six decades. Dominick and Ross, their sons, and subsequent generations of children, grandchildren and long-term staff have been running the place since.


If there was a reason to celebrate, we went to Violi's. Birthdays, graduations, anniversaries. New jobs, promotions, retirement. Usually the three of us, often all four, many times with grandparents, family from out of town, or dear friends. I remember riding in the back seat of the car with my Nanny, curled up in her furs and Chanel, excited for all of us to be going out for a fancy dinner at our favourite place.

We always called ahead to make made sure Sue was working; spunky, sassy Sue, the head waitress who ran the dining room with military authority but who had the biggest smile and a genuine friendliness to match. She'd tell me I was growing up too fast and bring me extra black olives in the antipasti dish, convinced me frogs legs tasted "just like chicken" and warned me I wouldn't get dessert if I didn't finish my broccoli. (She'd still bring dessert.)

There was Dotti, the chef, who hugged fiercely and who was never too busy to show me around the kitchen while the cooks prepped plates, chopped vegetables and deftly flipped chunks of carni on the grill. There was Dominick, the proud patriarch of both family and staff, whose hearty laugh and jovial presence filled the room as he toured the tables, checking to make sure everything was perfect.

There was Mary, who played piano in the bar some nights; she would strike up "New York, New York" for me and I would twirl across the checkerboard floor. There was Mike, who greeted everyone with an easy smile, a hug or a handshake, and ask after the family while he fixed a drink or poured the wine. He'd wink at me with an impish glint in his eye and I would swoon (being the silly teenage girl that I was at the time.)

And there was Ross.

"Puppy!" he'd cry as I came in the door, then smother me in a bone-cracking hug and affectionate pecks on the cheek. Lacing my arm through his, he would escort my family to our table in a most debonair and doting gentlemanly way.

Puppy. I was always "Puppy" to Ross. From the time I was little more than a rambunctious pup myself, right through my teenage years and into adulthood. Once, shortly after we were engaged, I brought Hubby for our first meal there together ... and to get the required Violi "seal of approval." Ross, all the world the protective mafioso godfather, sized my man up and explained, in no uncertain terms, what misfortune would befall should anything happen to his "Puppy."

He's still that debonair gentleman. And I will forever be his Puppy.

Our last meal at Violi's was just as delicious as every other meal I've had there, save for the bittersweet taste at the end that even the customary After Eights couldn't hide. We dined, we laughed, we walked through the rooms while the walls whispered stories back to us. We thought of people who once sat at our table and now visited in spirit. We stood and looked at "our place" one last time before tucking the memories away.