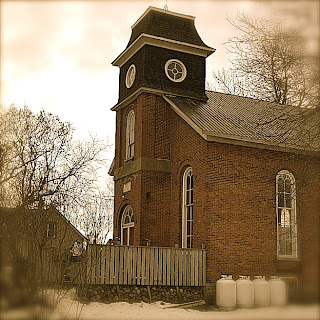 Nothing beats the bliss of driving along a country road on the way to a winery. It's a clear, sunny day, the wine map's in hand, the music's on and the horizon is beckoning to where that next hidden gem will be found. Nope, it doesn't get much better than that.

Unless, of course, the wineries come to YOU.

As part of #IndulgePEC, John and his lovely partner, Sasha, of Indigo Yoga and Spa, opened up their magnificent church-turned-home-and-studio to host a mini-tasting of exceptional County wines.

There were more than a few confused looks as we pulled up outside the building. (Drinking in a place of worship? I'm not religious, but something just doesn't seem right about that.) But once we doffed our shoes at the door and the curtains were drawn back, the whole of John's clever plan was revealed. And it was good.

We meandered through the room, laughter echoing up into the high ceilings, excitement bubbling through the conversation. Special glasses bearing the weekend's Twitter hashtag were set out for us (and filled with many a generous pour.) And because we hadn't had enough food yet (yeah, RIGHT), Seed to Sausage's Mike McKenzie laid out an irresistible spread of salumi, cheeses and pȃté for us to nosh on. 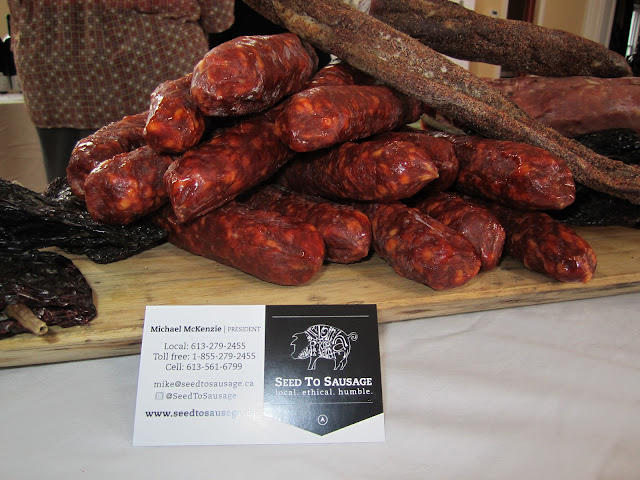 Lighthall Vineyards 2011 Pinot Noir Winemaker Glenn Symons is particularly proud of this one. Having just received VQA status, this was made from 100 per cent County fruit stomped upon by none other than Symons' son. The resulting juice then bore the nickname of “Le Retour de Patrick”. In the glass: aromas of sun-dried tomato and black cherry, with a silky mouthfeel and Christmas-cake/berry-sweet finish.

Norm Hardie 2011 County Unfiltered Cabernet Franc "Look at the climate, the soil and the place. There’s no rhyme or reason for (cabernet franc) to grow well here. But it’s thriving.” This is what Hardie rep Richard Charnock said to me about the late-hanging grape variety, one that's often harvested in October and November. This cab franc showed plenty of savoury/sage on the nose, with notes of blackberry and plum that carried through on the palate. Rounded out with soft tannins, the 2011 is complex and sophisticated.

UPCOMING: Norm Hardie Cuvée Calcaire will be Hardie’s first blend (pinot gris, riesling and chardonnay, all from calcium-based limestone vineyards.) They're aiming to capture the same success as their Melon de Bourgogne and expect to release it in mid-May for approx $21/bottle. I'm a sucker for blends, especially white ones. Really looking forward to this. 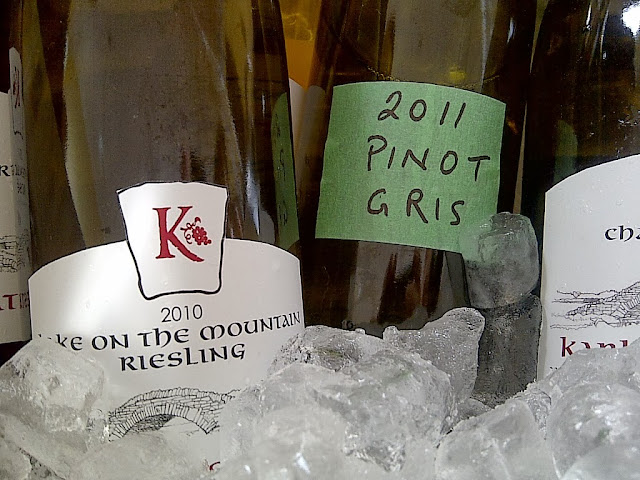 Karlo Estates 2011 Pinot Gris As you can tell by the DIY label, this one has not yet been officially released. Oak-aged, it gives off prunes, quince, pear and apricot on the nose. The finish is pithy, tart white peach.

Karlo Estates 2010 Chardonnay Considered the “geeks’ chard”, this is all-County: the fruit, the wild yeast; it's even aged in County wood (staves of alternating cherry-hickory-oak-ash, or CHOA). White port, stewed fruit, marzipan and honey up front; flint and apricot, along with an inoffensive chemical nuance in the flavour profile. Well-balanced and structured acidity.

(At the end of the weekend, we took a quick swing over to Lacey Estates for a visit and last spending spree before our return to "real life"):

Lacey Estates 2012 Riesling So new it doesn’t even have a label on it yet. Stoney and herbaceous aromas; dried tropical fruit flavours, acids carefully softened yet still tangy, with a lingering sweetness at the end.

Lacey Estates 2010 Pinot Noir Candied cherry all the way from start to finish, with subtle streams of smoked meat and spice. It has a grippy mouthfeel and long-lasting fruit on finish. Rather aggressive for a pinot, but I like the attitude.