Dominant hashtag all over Twitter from Canadians caught up in the Olympic excitement. We must be, with those eight-foot-tall snowbanks, windchill of -45C, and blizzard warnings coming every second day out of the WeatherNetwork. Canadians and winter? We be tight.

Maybe that's why we have such an affinity for hockey. Some might even go so far as to say it's in our blood. Hence the hashtag. We are winter, indeed.

On the last day of the Sochi Games, Canada had 24 medals and plenty of awe-inspiring stories to tell, including how the women's hockey team fought back to win 3-2 against the U.S. The "girls", riding high on the victory, passed on the good mojo to "the boys" via a friendly note:

The boys subsequently went on to beat the U.S. men's team, bringing them up against Sweden for the gold. Cue the craziest fan reaction ever.

Yesterday, at 7 am EST (and a redonkulous 4 am out on the West Coast), countless scores of Canadians got up early on a Sunday, not for church, but to see "our" team play "our" game. That's Canada. Hockey game's on. Get yer butt out of bed and go watch. Watch it at home, or at somebody else's place, or at the pub.

The pub? Absolutely. Head down to the local sports bar and watch the game with all your Olympic-crazy proud-to-be-Canadian friends. Some places will even have wings and beer, because really, how can you watch hockey without wings and beer?

Being the wife of a hockey nut and mother to two small children, I was already up at the crack of dawn. But Ottawa by-laws aside, I wasn't inclined to crack a cold one that early in the day. I'm far more civilized than that.

We had mimosas instead.

And when the final score was in our favour and the crowd went nuts, we already had some good bubbly in hand for celebrating.

Jost Vineyards N/V 'Prost' Sparkling Acadie Blanc (Nova Scotia; 11.5% abv) - Muted aromas of pear and floral tickling the nose with abundant mousse. Slightly off-dry, well balanced with lingering acidity and a tangy-sweet apple finish. Excellent with the orange juice, but just as yummy on its own. 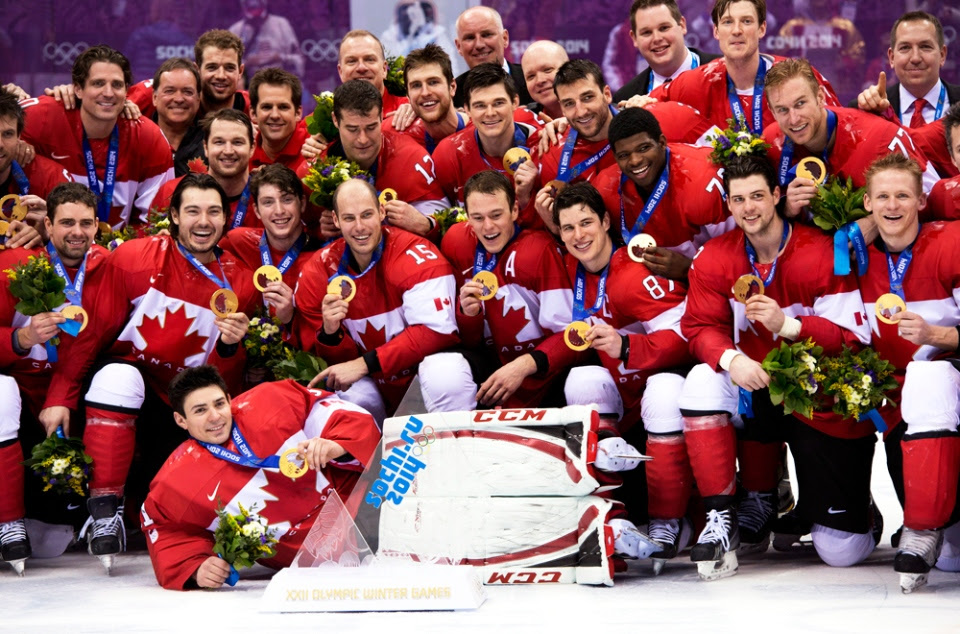