Taste of the Commonwealth 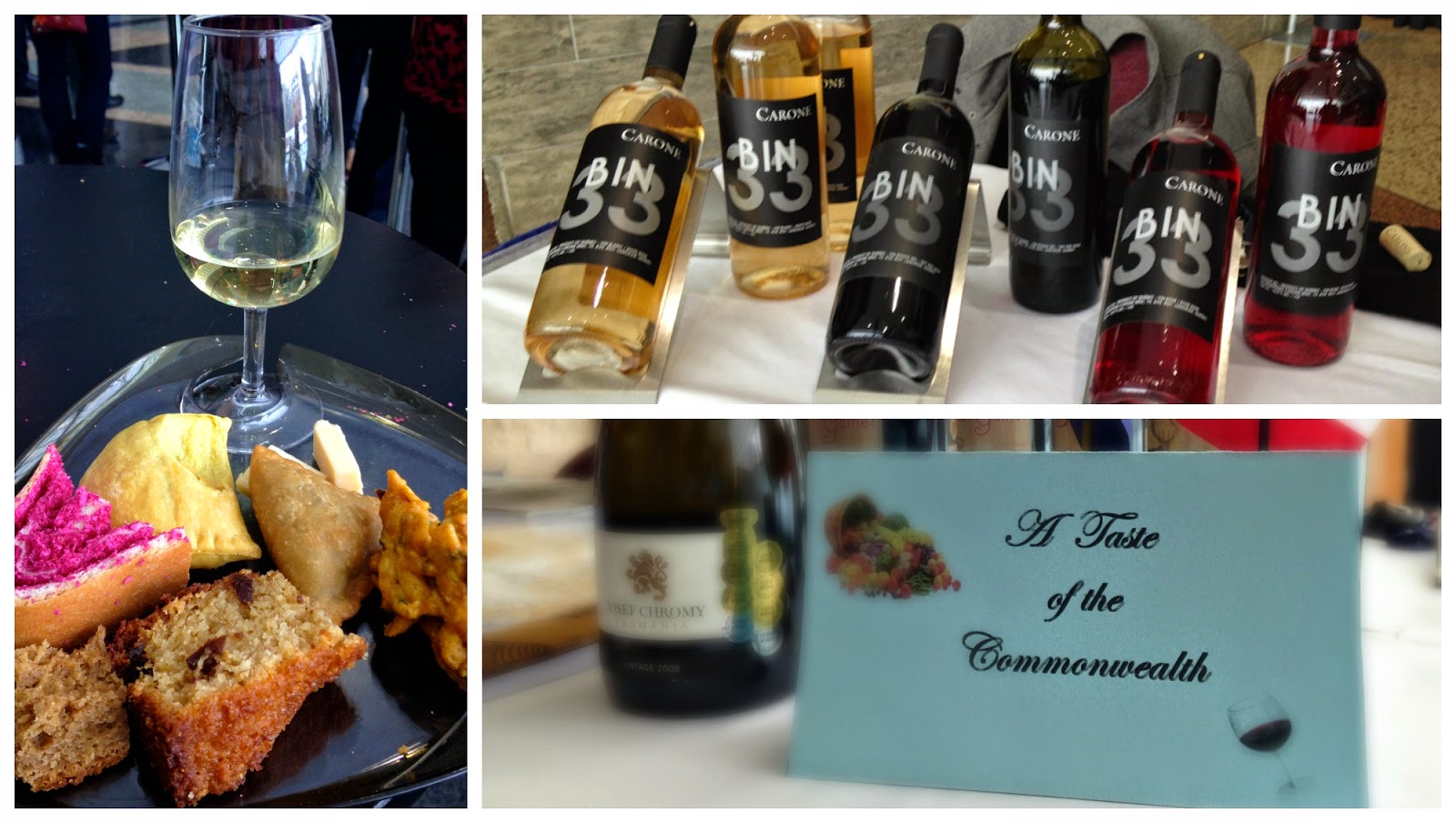 Q: What two things do Uganda, Malta and England have in common?
A: They're Commonwealth countries. And they make wine. (No, really!)

While there weren't any Ugandan, Maltese or English wines to be had (more's the pity) there were plenty from Australia, South Africa, New Zealand and Canada. Guests wandered from booth to booth, enjoying regional delicacies like Jamaican patties and Indian pakora bhaji brought in from local embassies while they sipped and savoured.

I particularly enjoyed the range of sauvignon blanc samples on hand, even going so far as to do a Pepsi Challenge between one from Ontario and another from New Zealand. (Spoiler alert: Ontario won.)

But Carone stole the show with a full line-up of whites, rosés and reds. The first in the province to plant and make wine from pinot noir, sangiovese and cabernet severnyi, Carone is a pioneer in Quebec winemaking. It also crafts award-winning wines from regional, cold-hardy hybrids. The 'Double Barrel' red kept guests coming back for seconds and thirds, but I preferred the complexities of the pinot noir.


(Mad ups to WineSearcher for its exceptional database of global wine info; to Frank Scheme for the great pics below; and to David Graham & Peter Kucherepa of the RCS for their hospitality.)

Creekside 2013 Sauvignon Blanc (Niagara) - Same unblemished clarity as its New Zealand counterpart, but appears more silvered in the glass. The classic aromas are present, but restrained. Instead of being punched in the mouth with acidity, it creeps up slowly on the palate, letting the minerality and citrus notes have their moment first. Finishes ever-so-slightly sweet; overall, a softer, more nuanced version of sauvignon blanc.

Carone 2012 Bin 33 Rouge (Lanaudière, Quebec) - 100% Frontenac, which has a history of being horribly misrepresented in the province. The Rouge is all smoke, licorice and black cherry; full and juicy on the palate, with grippy tannins and a dry finish, comparable to chianti.

Carone 2012 Venice Pinot Noir - Up-front aromas of brandy, currants and blackberries; the fruit follows through, accompanied by a lovely blend of baking spices and a raisined/stewed flavour profile. The finish is supple and elegant.

Carone 2011 Double Barrel - Cabernet severnyi and sangiovese, aged for 12 months in new American oak, then for four more months in spent French barrels. Deep, opaque purple in the glass, with a ruby rim. Complex nose of peppercorns, cloves, cassis and fresh herbs leads into bold fruit and spice on the palate. This is a massive, muscular wine with oomph that would pair well with game meats or any viande saignante (rare meat).