In the Winemaker's Boots 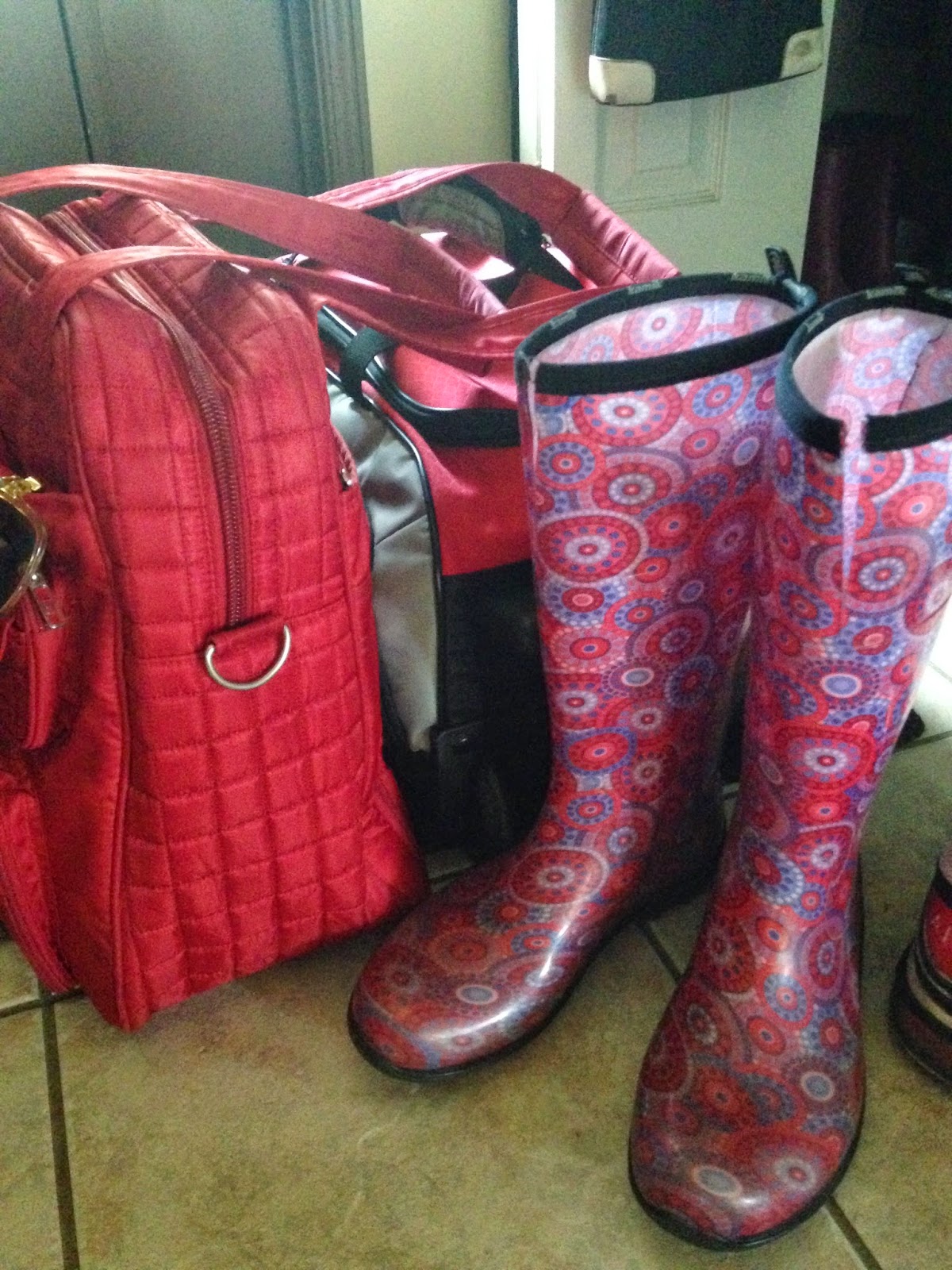 My boots are pink. Pink-and-purple paisley, to be precise. Fairly flimsy rubber things that haven't seen more action than the odd puddle jump with the kids or a hasty walk from the parking lot in the pouring rain.

John Squair's boots are colour-of-earth, a dusty greyish-brown streaked with muddy high-water marks and purple splotches of grape juice. His boots have trudged through rows of vineyards, from their infancy to budbreak to harvest, year after year. His boots have steel toes and mean business.

They're big boots to fill. I'll try to do my best to keep up.

Last year, when John and Sasha Squair launched an online campaign to build Three Dog Wine, I didn't think twice about getting on board. That was my birthday gift: support a local winemaker, and as a perk, get to spend the day working with him.

That day came bright and sunny, and I arrived at their door in my pretty pink boots. Sasha gave me a wave and a smile. "John's not here yet," she said. "But he said you could get started with that," and nodded over to a worn-out pickup truck balancing on a jack, with one wheel missing.

I didn't end up working on the truck (which is a very good thing, for everyone involved) but I did get a little taste of what it's like being in the tasting room-slash-base of operations of Three Dog Wine.

First up: bottle labelling. Sasha and John were more than happy to hand that loathed task to their new minion. After a few sloppy first attempts and expletives, I understood why, but eventually got the hang of it. Then there were glasses to polish, a dishwasher to fill, books to balance and new cooling tanks to tinker with (ok, Sasha and John took care of the last two. I entertained the dogs.)

Yes, there are in fact three dogs at Three Dog Wine: Reiki, Bakkus and Jersey. Every time a car pulled up, the dogs flew into action. Reiki is the canine world's equivalent of a WalMart Greeter of the Month. She welcomes every guest by sitting nice and offering a paw. Bakkus gets right in there with his inquisitive nose sniffing hard in a whatcha-got-for-me kind of way. Jersey, the more timid of the three, tends to take refuge behind the tasting bar, occasionally peeking out at guests.

In between customers, I tossed a ball, a plastic water bottle and occasionally rocks (ow) for Bakkus to happily chase. He gazed up at me with adoring eyes that clearly read "I only just met you and I LOVE YOU."

I was invited to do some pouring at the tasting bar, to which I reluctantly agreed. Instead of keeping up a lively banter with customers, though, I was content to let the wine speak for itself. (Read: I was too nervous about screwing up that I couldn't get half a sentence out before going all deer-in-headlights. You know me -- Miss Customer Service.)

Around mid-afternoon, John brought out a dozen or so glasses of tank samples from the latest vintage. He went down the line, adding different amounts of tartaric acid from an eyedropper into the juice. "Try it out," he instructed, and pushed a glass towards me. "Let me know what you think."

We sipped, slurped and sniffed until our nostrils ached and our cheeks protested. More or less acid? Was flavour was more pronounced above the others? How did it compare with the previous vintage? By the end of an hour, Sasha and I narrowed it down to two samples, but couldn't get any further than that with our maxed-out senses (and somewhat loopy state.) Time for a bit of fresh air.

The vineyard starts just a few steps off John's long, inviting back deck. Some rows have only begun sending tiny tendrils skyward, while others are already bearing fruit. John stopped to lift up a laden branch, revealing clusters of highlighter-green, baby-sized grapes beneath a thick swath of greenery. A swift pruning of leaves allowed the sun to shine more fully on the dangling bunch. Stationed on opposite sides of the row, we worked our way along, thinning the leaves and checking the fruit as we went.

Shadows and late-day sun were making dappled patterns on the grass when we wrapped up. I had a respectable amount of dirt on my boots by then. Time to get freshened up for dinner ... but not before a few more rounds of catch-the-bottle with Bakkus. 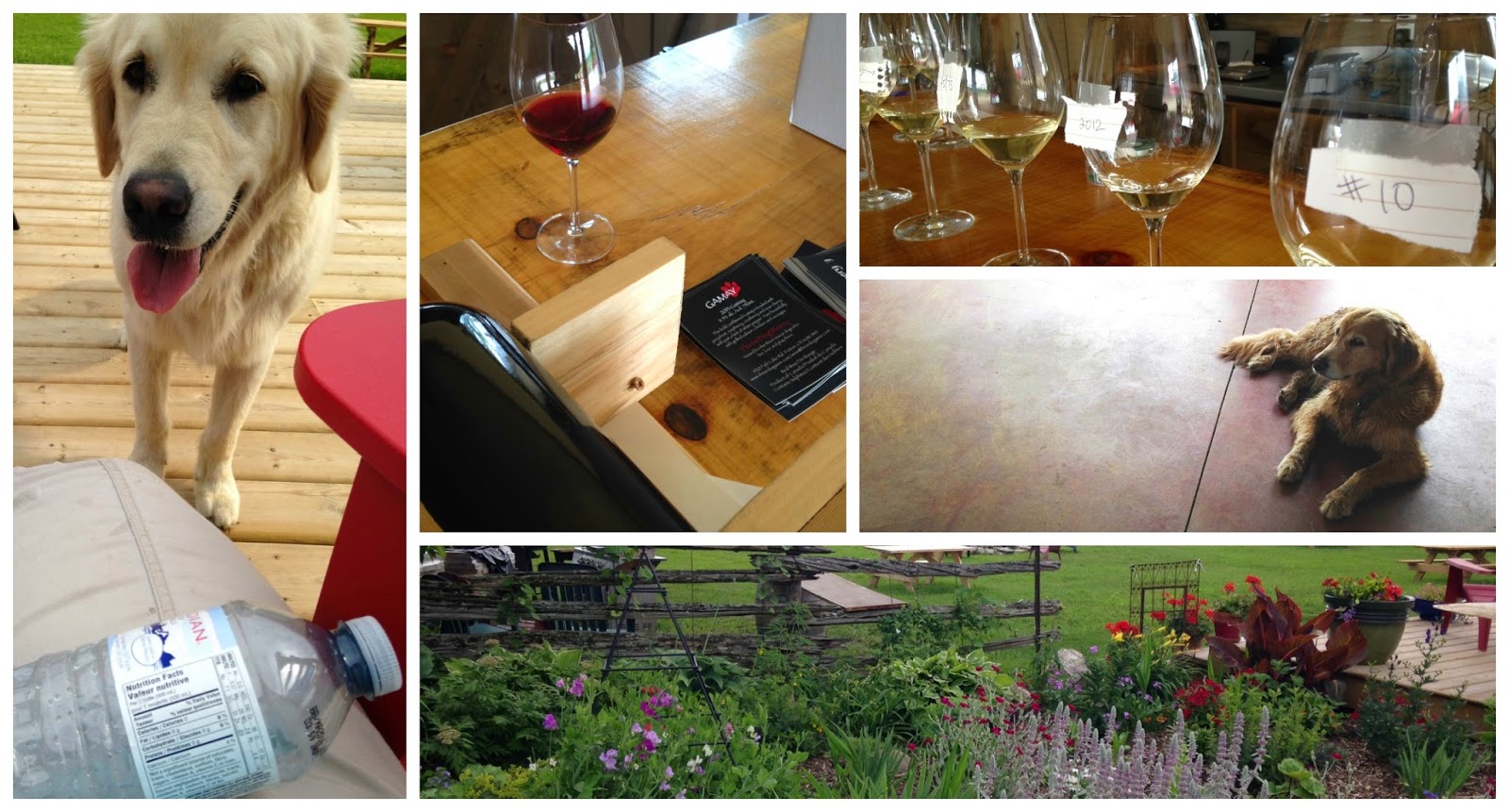