Boozing it up in Bear Country 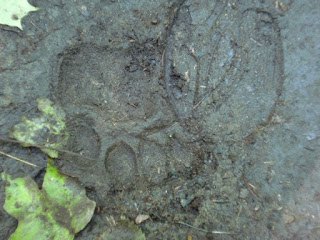 I have a group of friends from high school with whom I gather once a year to take on the wilderness with tent, food and cooler in hand. This year we picked Algonquin, the epitome of backcountry forest and field in the Ontario parks system. And the infamous home to a healthy population of black bears.

I didn’t mind having to build Tarp City in the middle of a downpour; I could deal with the deerflies gnawing on our ankles while we ate. But bears?

While my chances of meeting Pooh face-to-face were slim to none, I was still a tad nervous, so I let my OCD tendencies guide me to “be prepared”. Pre-departure, I read up on what not to do in Bear Country (don’t keep food in your tent, don’t sleep in the clothes you cooked with, don’t even think of outrunning a bear). Once there, I kept my food safely tucked away, scrubbed my dishes thrice over and checked the site for stray scraps and tempting tidbits every five minutes.

My friends thought all of this was hilarious, and took great pleasure in tormenting me with late-night growling sessions and threats of lining my tent with marshmallows. Good friends, I have.

At night, I lay awake listening to the forest chorus of creaks and wheezes, snuffles and scratches. A few distant shots rang out now and then; hopefully, they weren’t scaring the bear in our general direction. I was contemplating what sort of offering I would gladly give up to the bear gods in exchange for sparing my skin, when suddenly my eyes narrowed and my resolve hardened into solid steel.

He could help himself to whatever he wanted in my cooler, or anyone else’s for that matter. But by gawd, if he goes after my wine, I’ll take him out.

(Luckily, that display of bravado never had to be tested. We were bear-free all weekend, probably because we were so loud and obnoxious, who’d want to stick around anyway?)

Quaff this: Flat Rock Cellars 2007 Pinot Noir Rosé. I picked this up after reading Rod’s glowing reviews from the June 4 Vintages release. Bright, sweet but not cloying, lots of strawberry. Well balanced with firm acidity, refreshing on the palate, perfect for sitting ‘round the fire reminiscing on old times. I would recommend sharing it with friends, however, and not hogging three quarters of it to oneself, only to end up staggering about doing that whole “I LOVE you guys!” thing. That’s just not pretty.